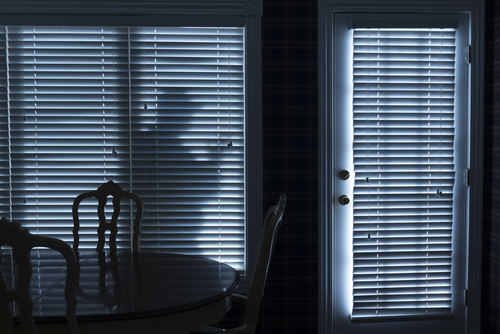 When you move to a new neighborhood, you meet all kinds of new people. You get acquainted with your neighbors, the owner of the local convenience store, the mail delivery person and the teenager who walks dogs for $10. But you may also meet some individuals who don’t have the best intentions. New residents to a neighborhood can be prime targets for burglars. Here’s what to look out for.

You haven’t put things away yet

You have piles of unpacked boxes, containing every kind of valuable imaginable. You usually keep your grandmother’s jewelry in a safe, but your new safe hasn’t arrived yet. You usually chain down your wide screen television, but you’ve been too busy unpacking the essentials like cutlery and towels. Burglars know that new residents haven’t had time to secure valuables yet. So one of the first things you should do in a new home is set up your security system so you can protect your belongings before you can unpack them.

New residents usually order a lot of packages. Once you get settled, you realize that you need new silverware or a new vacuum cleaner. The porch or doorstep of a new resident is typically loaded with packages, and burglars can get to them before you do. Schedule deliveries to arrive when you know you’ll be home, and set up your surveillance so you can see if anybody takes something.

False landscaping is a pretty common scam. If you’re new to a neighborhood, a group of people might show up at your door claiming to be the neighborhood landscapers. They might say that the city pays for them to beautify the lawns around the neighborhood to increase property values and that they’ve been working on the entire block for years. Most people are eager for free yard work, so they let this group onto their property. They may be burglars casing your property, so ask your neighbors to confirm they are in fact the land scapers.

You don’t know who the real neighbors are

If you’re not familiar with the neighborhood yet, then you don’t know who live there and who is just passing through. Burglars who watch the neighborhood might see that you’re new to the area, and introduce themselves, pretending to be a resident. They can usually get you to open up a lot about your life since you’re eager to know your neighbors. It’s not a good idea to tell people things like what you do, what sort of living you make, and what type of schedule you keep until you’ve gotten to know them—neighbors or not.

You most likely need your Internet company to send someone over to set up Wi-Fi in your home. Anyone who has been scoping out your property and notices new residents knows that, and could show up pretending to be the cable guy. If an employee from the Internet company shows up at a time other than the one you scheduled, call the company and confirm that this is their employee.

It’s rare today that, when a new resident moves into a neighborhood, the other residents go to their home with baked goods and introduce themselves. While this might be a pessimistic viewpoint, since we know how rare the gesture is, we should be wary of people who do this. The person standing at your front door with a tray of cookies, asking if they can use your bathroom before they run home, may be a burglar hoping to check out your house.

Moving can be very disorienting, and burglars prey on the disoriented. When you’re new to an area, you want to make friends, and gain as much information about the neighborhood as possible. But this can cause you to put your guard down, share too much information, and turn a blind eye to suspicious activity.

Posted on Wednesday, August 24th, 2016
*About Our Service

This site is a free online resource that offers valuable content and comparison features to consumers. To keep such resource 100% free for consumers, HomeSecuritySystems.net receives advertising compensation from the companies listed on this page. Such compensation impacts the location and order in which such companies appear on this page. The factors listed below impact Our Ratings on this page. All such location, order and ratings are subject to change. HomeSecuritySystems.net does not include all home security sites available to consumers in the marketplace.

Get a Quote
Call for a FREE quote
Cove Home Security

Get a Quote
Call for a FREE quote
ADT Home Security

CALL and ask for promotions!