Why Suburb Crime is Less Frequent but More Severe 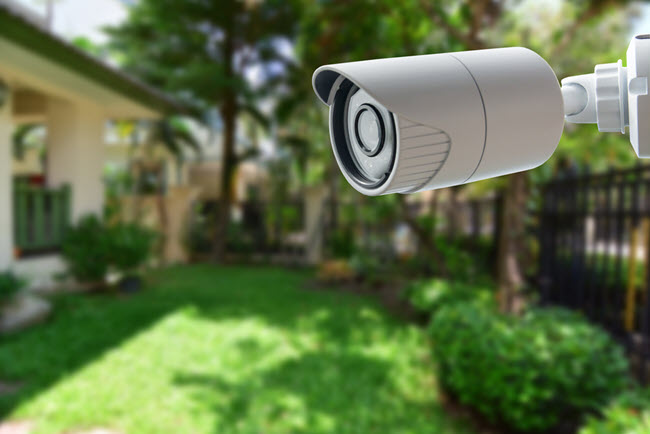 People move to the suburbs for a lot of reasons, but one of them is to feel safer. And, in most cases, families do have a more peaceful life away from the city, where they don’t hear as many sirens or read about as many crimes in the newspaper. But the suburbs are a unique landscape. While suspicious individuals may not be able to move around, unnoticed the way they can in the bustling city streets, criminals do see the worth in visiting the suburbs, because that’s where the wealth tends to be. If you are moving to the suburbs, it’s important to just understand the environment. Here is why crime may be less frequent, but more severe, in the suburbs.

A suburb burglary is worth the work

While getting to the suburbs, and getting into someone’s house unnoticed, is much harder for a burglar than it is to sneak into a massive apartment complex, it’s worth the work. Burglars know that there is more wealth in the suburbs. So making the trip there, and finding a way into a home, is worth it for them. The burglary may be more of a challenge, but criminals are more motivated due to what they may get. Just because your home is secluded, doesn’t mean that taking precautions like locking valuables inside of a safe, and putting alarms around your perimeter, can fall to the wayside.

Attacks can be more comprehensive

In a busy city, it’s difficult for a burglar to avoid the eyes of neighbors and people passing by. And it’s nearly impossible for a burglar to be certain that nobody saw him break in. That’s why city robberies can be more rushed, and less severe. Burglars go in, take what they can get, and leave as quick as possible. In the suburbs, thieves can thoroughly stake out the surrounding areas, and determine the best time to make a break-in, totally unseen. The suburbs are less populated, so when burglars make it into a house, they may take more time inside. Once they’re in, they don’t worry about busy sidewalks outside, and people walking by, spotting them.

Theft could be from someone you know

Suburb living can include housekeepers, nannies, tutors, landscapers, and other individuals who regularly get access to your home—inside and out. Those living in the city may not have the resources to have regular staff in their home. But homeowners in the suburbs may have a handful of individuals who have spare keys to their house, have passcodes, and have other information that they need to do their job—but that they could also use against the homeowner. If you do hire people who will spend regular time in your home, make sure to vet them thoroughly. And, still, lock up valuables when they’re in your house.

Families move to the suburbs so that they can worry less about suspicious activity and crime, and that’s exactly what they do—think about it less. That means they aren’t as on guard as city dwellers might be. If your neighbors see someone going in your back door, they might just assume it’s a dog walker or home office assistant, and not even raise an eyebrow. If someone fiddling with your backdoor claims to be a friend from out of town, your neighbors may not find that suspicious either—that’s not out of the ordinary in the suburbs. You need to provide your own security and surveillance system in the suburbs, because your neighbors may not be much help.

There is usually only one way in and out of an apartment. But there can be several ways to go in and out of a home, like the back door, basement window, and garage. This gives attackers options to plan their route, based on the least visible angle. Make sure every point of entry on your house is armed with motion sensor alarms and lights when you aren’t home, and when you’re asleep. And set up surveillance cameras.

The police are rarely nearby

It’s true that you hear fewer sirens in the suburbs, but that suddenly becomes a bad thing if you’re the victim of a crime. There just aren’t as many police units in the suburbs as there are in the city. When you call the police, you may be waiting a while for them to show up. That’s why crime prevention should be your first plan of action.

The suburbs present a unique set of dynamics for burglars. While some may think that the quiet streets make it harder for them to move around, unnoticed, it’s that exact quietness of the suburbs that means fewer people are on alert for criminal activity.

Posted on Wednesday, November 7th, 2018
*About Our Service

This site is a free online resource that offers valuable content and comparison features to consumers. To keep such resource 100% free for consumers, HomeSecuritySystems.net receives advertising compensation from the companies listed on this page. Such compensation impacts the location and order in which such companies appear on this page. The factors listed below impact Our Ratings on this page. All such location, order and ratings are subject to change. HomeSecuritySystems.net does not include all home security sites available to consumers in the marketplace.

Get a Quote
Call for a FREE quote
Cove Home Security

Get a Quote
Call for a FREE quote
ADT Home Security

CALL and ask for promotions!