Comcast is Pushing for Home Automation and Security Singularity 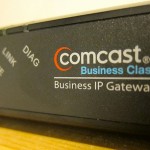 Comcast Cable Communications, LLC, (NASDAQ: CMCSA) filed a recent patent application with the US Patent Office which describes a number of methods which incorporate the alarm system of vehicles into a centralized management platform.

The home security computing device referenced in the patent application is most likely describing a recent product release known as Xfinity Home. Xfinity Home acts as a centralized security and home automation hub which will let you control multiple electronic devices from a touchscreen control unit.

Home automation and home security have seen tremendous growth over the past decade and with Comcast’s can easily introduce new related products to its customer network as the largest provider of cable and internet in the majority of homes across the United States.