Protecting Your Home Protects Your Neighborhood. Even from Mail Thieves! 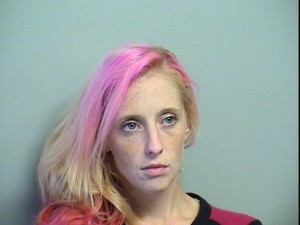 When we add a home security system, our first priority is our own property. But as more homeowners are installing security systems, it seems like they are doing a common good for the entire neighborhood, as well.

For example, in Tulsa, Okla., this fall, a woman was caught stealing mail from neighborhood mailboxes. Her actions were caught by not just one security camera, but two. According to Fox23.com, “Video from a neighbor’s camera caught a woman casually pulling mail out of mailboxes. Across the street the neighbor also caught her on camera on his home surveillance system. The home recording caught [Jennifer] Steffen hiding behind the bushes sifting through mail she didn’t want.”

The story is becoming more common. In fact, consider it the 21st century version of the neighborhood watch. That’s how it is approached in an Oakland, Calif., neighborhood. Called the “Neighborhood Guard,” residents keep watch with both their eyes and infrared camera systems. According to San Francisco’s KGO-TV, “Neighborhood Guard captures images with high-tech cameras and stores the information to a cloud-based server system. If a crime happens in the neighborhood, all they have to do is point, click and send the information to authorities.”

In fact, the story continued, the camera system picked up unusual activity in front of one neighborhood home. When the owner went out to investigate, he found the KGO reporter talking to another neighbor about the Neighborhood Guard program.

One of the most important elements to these stories is having security cameras that focus on the perimeter of your home. Many home owners focus on the interior. A quick look at how experts recommend setting up a DIY home security system: take an old webcam, set it up to an old computer that can be hooked up to the network, and focus it on a door or window. And that is a great way to keep track of the comings and goings inside your house.

DIY systems do catch intruders – or at least provides a way for police to identify potential suspects. The problem is, they aren’t caught on tape until after they’ve already made it inside.

Having a camera system that records areas outside of the house doesn’t necessarily mean that an intruder won’t break in. However, having a camera that overlooks your street and/or your backyard gives you the chance to see if there is something unusual happening on your property or in the neighborhood, especially at times of day when you aren’t home to notice. Chances are if you are at work, most of your neighbors are, too. So, a strange car driving up and down your street for a week wouldn’t be detected firsthand, but it would be caught on video. It may be nothing but a new neighbor, or it could be someone checking things out for a possible break in.

However, for a home security system to prevent crime before it happens, the video needs to be reviewed with some regularity – you can’t know if there is something unusual happening if you don’t see it or have something to compare it to, after all. You may also want to have a neighborhood watch meeting with your neighbors. There is a growing concern of privacy rights and security cameras. While you have every right to protect your home and property, you don’t want your neighbors thinking you are spying on them! Getting your neighbors in on the security watch may spur them to set up their own systems or set up a neighborhood watch program (or it might just be a chance to get to know your neighbors).

Finally, talk to local law enforcement. Get advice from them on how to best position your camera so it protects your property but can also capture a wider picture.

In the end, the idea of a home security system is for your peace of mind. What could create better peace of mind than knowing the entire neighborhood is safe?

Sue Poremba is a Pennsylvania-based freelance writer who specializes in security and technology topics. She has written on home and business security issues for SecurityNewsDaily, Security Magazines, and others.
Posted on Monday, December 17th, 2012