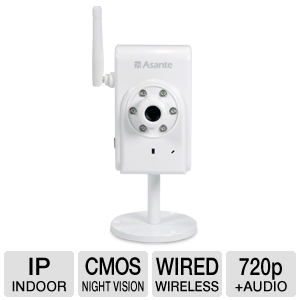 A lot of people who want to provide extra security for their homes but don’t have a lot of extra money to spend for a professionally installed system will turn to do-it-yourself models. One of the most often suggested way to add security on the cheap is to hook a Web cam up to an old computer and attach it to your home Internet network system. That way you can record comings and goings at the location where you situated the camera and can keep an eye on things from work or on the road.

Sounds ideal, right?  But like anything that is connected to the Internet, you are at a risk of getting hacked. And according to the FBI, hackers have been targeting security cameras. A quick Google search of “security camera hack” brings up YouTube videos and other sites providing instructions on how to do it.

It isn’t just Web cams being targeted, either. According to a Wired article, all types of security cameras, from the ones you use in your home to the ones used at your local bank, can become the target of hackers.

Perhaps you are thinking, “It is just a Web cam or a security camera. It is meant to watch what’s happening. What’s the big deal?” The big deal, as Wired so deftly explained, is this: “Obtaining unauthorized access to such systems could allow thieves to case a facility before breaking into it, turn cameras away from areas they don’t want monitored or zoom in on sensitive papers or prototype products at a workstation. The cameras could also be used to spy on hospitals, restaurants and other facilities to identify celebrities and others who enter.”

Chances are you aren’t going to catch any celebrities breaking and entering your home on your security camera set up, but the other issue – allowing thieves to case a facility before breaking in – should be taken to heart. If your camera is hacked into, a potential intruder will be able to see exactly what you are seeing when you are keeping tabs. Depending on where your camera is located – and the tendency is to focus on the primary point of entrance – an intruder will be able to figure out when people are leaving the home and returning and how active the daily routine is at the home. While it is true, an intruder could do the same thing by sitting in a parked car near your house or keeping tabs on your neighborhood, but being able to do it via a computer makes it much easier for the intruder. And as we know, thieves like things made easy.

What steps can you take to make sure your security camera is safe from hackers? If it is a DIY security system, take the same steps you would take to protect your regular computer. AS CNET tech expert Dan Ackerman explained in an article for KTRK in Houston: “Make sure your firewall is turned on at all times and you have your anti-virus, anti-malware apps running constantly. And if you’re not using the camera you can either disable it by simply putting a post it over it, or if it’s plugged in via USB, unplugging that.”

Also, Wired, added, make sure that all of the security settings are at the highest level, rather than at the default. Plus, change any passwords that come with your network or camera. As the article pointed out: “Compounding the problem is the fact that the systems come deployed with default easy-to-guess passwords that are seldom changed by customers. They also don’t lock-out a user after a certain number of incorrect password guesses. This means that even if a customer changes the password, an attacker can crack it through a bruteforce attack.”

Or, if you have hired a security company to provide your camera surveillance, discuss your concerns of hacked systems with your representative. Find out what they are doing on their end to make sure you aren’t dealing with the additional threat of a hacked network.

Sue Poremba is a Pennsylvania-based freelance writer who specializes in security and technology topics. She has written on home and business security issues for SecurityNewsDaily, Security Magazines, and others.
Posted on Sunday, December 23rd, 2012